Off we go for the 5th edition of our aerial trip to the south of our beautiful Mediterranean Sea!

Belgian weather finally allowed us to be airborne @ 15:00 local time today and reach our first destination of the trip before sunset: Orléans !

Orléans is behind us now and we have landed in Roanne (LFLO).

We have been lucky enough to overfly the castles of the Loire region on the way.

We are now in Avignon! Tomorrow, we hope to spend our first night of the trip on one of the island of the Mediterranean sea 😉

They are now in Alghero, Sardinia, for the night.

Tunis, Africa, here we are!

We took off from Tunis Carthage (DTTA) in the beginning of the afternoon to go back to the European continent. We crossed the sea again, via the island of Pantelleria, destination Trapani (LICT), in Sicily. When we were approaching the south coastline of Sicily, the air controller informs us that we are not allowed to land in Trapani! And the reason for this is that there are no customs there! However, our flight plan in Tunis was accepter, this is really bizarre. It is too late to go back to Tunis or to land anywhere else, VFR night flight is prohibited in Tunisia and Italy!! The only solution is to land at Palermo International Airport! We wait a few minutes for the clearance of the air controller….and finally he gives us the clearance to land in Palermo!! Gorgeous approach on runway 07, just before the beginning of the aeronautical night in Sicily….

We are now in Salerno (LIRI). We flew from Palermo to Reggio Calabria (LICR) yesterday, along the northern coast of Sicily, and we stayed for the night in LICR, whose runway is parallel to the straight of Messina, between Sicily and Italy. This morning, we took off at dawn for a gorgeous flight above the Aeolian islands and in particular Stromboli, in the heart of the Tyrrhenian Sea. We had a short stop in Lamezia (LICA) after overflying the beautiful village of Tropea, and we took off again for Salerno (LIRI) around noon. For the second flight of the day, we got the chance to overfly Mount Vesuvius, Capri and the beautiful Amalfi Coast in the south of Naples.

We hope to fly back to Sicily tomorrow, overfly the Etna, and maybe reach Malta in the evening….

The weather forecast in Malta was too bad (risk of thunderstorms) to go there so we flew back to the south of Italy and Sicily instead. Two flights on Monday, one from Salerno to Crotone (LIBC) in the south of Calabria, and another one from Crotone to Comiso (LICB) brought us back in Sicily (southern part). The last flight of the day was just gorgeous, along the Etna, at FL75. We stayed in Ragusa for the night, which is a lovely little town not too far from Comiso airport. The next day, Tuesday, we had to fly to Trapani, where the second group of this flying trip had to fly back to Belgium with Ryanair. When we arrived in Comiso, the handling company told us there was no AVGAS available for our OY-PHK! No problem for the OO-JET since she flies with Jet A1. The only solution was to fly to Catania (LICC) to refuel. The tanks were almost empty but we had just enought for that 30-minutes flight between Comiso and Catania. The local aeroclub provided us with AVGAS! The day ended with a magic approach, at night with the light of the moon on the sea, to Trapani (LICT), on the other side of Sicily. Night VFR flight is allowed in Italy, under certain conditions, which we did not know before… And AIP is not always up-to-date, read the NOTAMs carefully and try to contact the local aeroclubs as much as you can if you plan to fly in Italy!

We are now going to stay in Trapani for 3 days until the last group of pilots of the trip arrive on Friday. We will start our last leg of the trip on Saturday morning, northbound back to Belgium and EBCI….

We are in Salerno (LIRI)! Two flights today: Trapani-Reggio and Reggio-Salerno. We had to make a stop in Reggio in order to get AVGAS as this was one of the rare airfields in the region where AVGAS was available. We hope to reach Urbe and Lucca tomorrow, two small airfields this time, in order to avoid the major airports of the regions of Roma and Pisa. After that, we’ll have to choose which way (via France or Austria) and be strategic with the weather in order to reach Belgium before Tuesday night.

We are in Croatia, landed in Zadar (LDZD)!!! Two flights today: Salerno-Pescara (LIBP) and Pescara-Zadar.

We are back on the Belgian land! We flew from Nuremberg to Koblenz (EDRK) and from Koblenz to our base, Charleroi.

Thanks to all the pilots who made this trip possible. We flew 18 days, crossed 9 countries and landed on 20 different runways! With a group of 9 pilots in total! We will fly again towards the south of the Mediterranean Sea next year, and maybe even further… 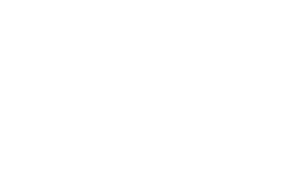